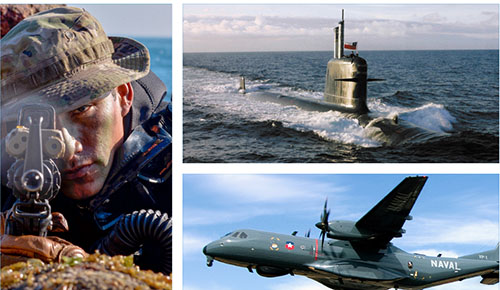 This is the most important role and the one that principally defines the capabilities and means required by the Navy, as a principal military expression of Naval Power.

In this field, the Navy is part of a military system that, alongside the Army and the Air Force, acts to neutralize potential aggressors of national territory, national interest, or citizens; principally by means of the effect of dissuasion of through coercion, if it results necessary to defeat the will of the aggressor. 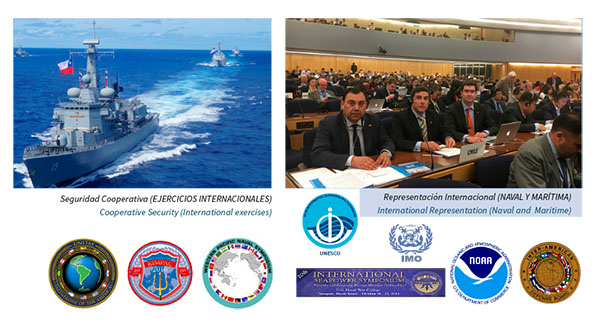 n this role, the Navy provides to the State multiple relevant options, that contribute to the assumption of responsibility in the international community, with capacity of immediate response in the whole spectrum of military or police action, support and assistance, in any part of the world.

Its capability and active participation in the conservation of peace, security, and stability of international order in the sea and its coast, contributes to the strategic political stature of the country and its adequate political and economic insertion in the world. 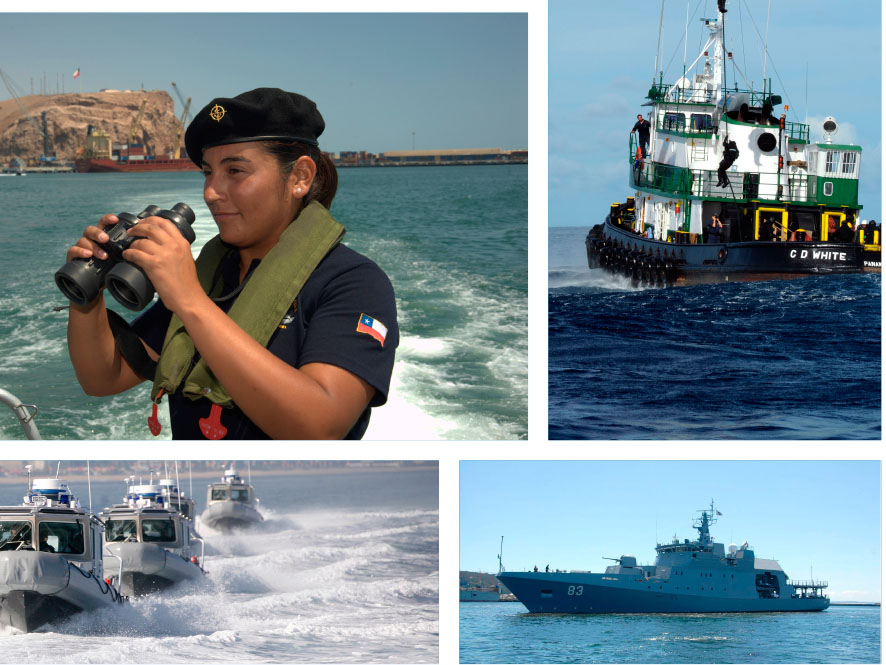 This role can be recognized by its administrative connotation of the use and safety of the sea and its coast, since the functions whose principal objectives are the safeguard of human life at sea, the preservation of marine environment, and the support of socioeconomic development in the nation are all grouped together.

All that is within national maritime territory, its coastal border and spaces of high seas where the country has acquired international compromises or maintains interests. 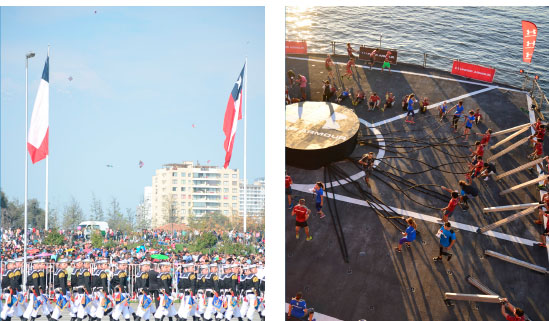 ontribute to national cohesion through the maintenance of homeland traditions, safe-keeping and promotion of museums, visits to units of deployment ports, participation in civilmilitary ceremonies, etc. 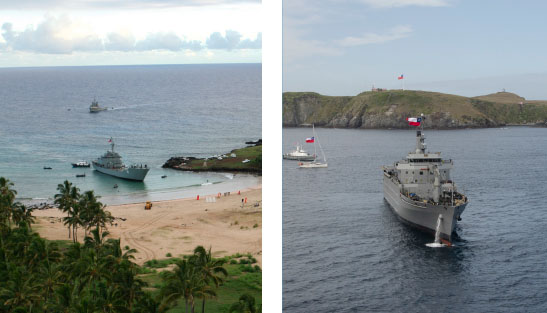 Occupy and be present in difficult access zones for the rest of the State's organisms (Antarctica, insular possessions, and remote or isolated maritime localities).

Carry out this activity during states of exception, and contributing to the recuperation of security and normal activity development or during election processes, in the control of voting places and maintenance of internal order.

Complete recruitment and incorporation to a life of service to the nation of young Chileans of distinct socioeconomic strata, ethnicities, and regions of the country. 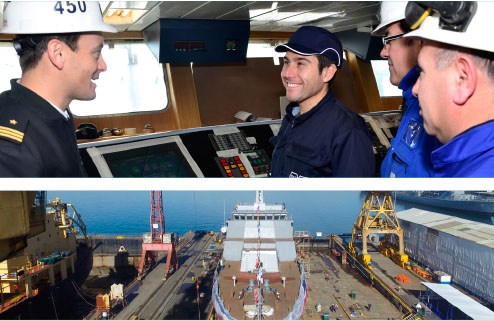 To develop the shipyard and naval construction industries in Chile, with direct benefits in terms of qualified labour, industrial capacity and technological transfer to the country, as well as developing projects with the national defence industry, incorporating advanced technology.

Provides organized forces for humanitarian aid in case of catastrophe. Likewise, the execution of evacuation procedures, maritime transport, and support from the sea to communities affected by natural disasters.