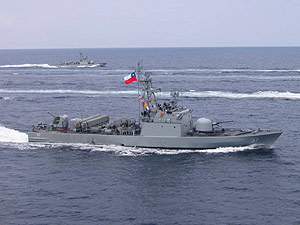 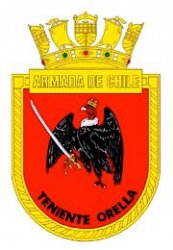 This ship is the former P-S6154 Elster. She is a Tiger (or S-148) Class cutter, Combattante II type of the German Navy, which was built at the Cherbourg Yardships in France.
It was one of the 20 cutters that formed the Fast Launches Flotilla of the German Navy, which operated from the naval bases surrounding the Baltic Sea.
When these launches were first commissioned in Germany, they were separated into two different squadrons, according with their capacities, assigning them to Surface Warfare tasks with an active participation in Mine Warfare, which was an underlying danger during the Cold War, between the NATO forces and their counterpart, the Warsaw Pact forces.
On August 27, 1997, at the Wilhelmshaven Naval Base, located on the North Sea coasts, the Chilean Flag was raised on board this ship, in a ceremony attended by the Commander in Chief of the Chilean Navy, Admiral Jorge MartÃ­nez Busch; the Ambassador of Chile to Germany, Roberto Cifuentes; the Commander of the German Fleet, Vice-admiral Dirk Horten; the Chief of Naval Services, Vice-admiral Sergio Jarpa Gerhart; the Chief of the N.M.W., Dr. Dieter Klinlier; Rear Admirals Dieter Kammholz and Heinz Rammer; the Senior Naval AttachÃ© at the Embassy of Chile to France, Captain Luis Holley de la Maza; and the Commanding Officer of the 3rd Fast Launches Squadron, Commander Mathias Kohler.
This launch was sent to Chile along with the L.M. Guardiamarina Riquelme on board the Floating-Dock-type ship Condock I , arriving in Talcahuano Naval Base on October 11, 1997, after a 39-day trip.