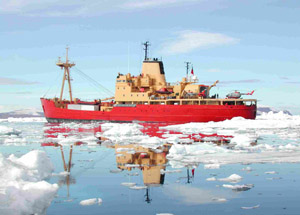 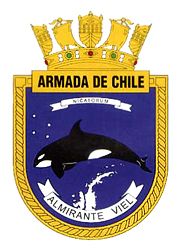 Vessel built at Vickers Armstrong Yards in Montreal, Canada and then bought from the Canadian Navy.
On December 20, 1994 the national flag is raised at Esquimalt Shipyards, Victoria, Canada.
She was commissioned into the Chilean Navy on January 14, 1995 according to the Resolution C.J.A. Nº 4520/9 of February 15, 1995.
Her first commission was a voyage to the Antarctic Continent between November 1995 and February 1996.