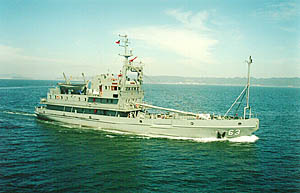 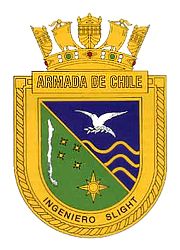 Former buoy vessel of Dutch construction and English property.
This lighthouse vessel was named after the Scottish Engineer, George Slight Marshall, hired by Admiral Jorge Montt Alvarez, who required that more than 70 lighthouses were established along the coast of Chile.
Among the works of George Slight Marshall is the "Evangelistas" Lighthouse, located on the homonym island, which construction makes evident the technical ability and creativeness of its constructor, especially because of the wild conditions of the place chosen for its construction.
Vessel commissioned into the Chilean Navy on February 5, 1997, according to the Resolution C.J.A. Nº 4520/5 of January 17, 1997.