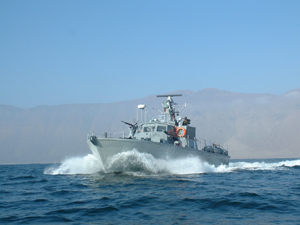 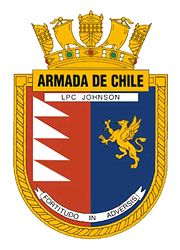 Belongs to the Dabur Class of units designed to perform patrolling in inland and coastal waters.
The first units were built in the United States by the end of the sixties during the Vietnam War. Afterwards, the fabrication license was donated to the Israel Navy, where are currently built.
The design exceeded the estimated specifications which resulted on a reliable boat of great versatility, easy maneuvering, and high resistance to failure.
Vessel commissioned into the Chilean Navy on March 15, 1995 according to the Resolution C.J.A. No 4520/10 of March 15, 1995.