Every force and task group that is available is part of these means when it comes to the accomplishment of specific missions. The main operational force of the Navy is the National Squadron, the personnel of which is constantly prepared and trained to fulfill its role in the defense of the territorial sovereignty and integrity of the country.

Its home port is Valparaíso and it is formed by oceanic combat ships and logistical support ships. The Squadron units have the capacity to operate in high seas, reflecting the control and inspection of the sea up to 200 miles from shore, which correspond to the Chilean Exclusive Economic Zone. It also safeguards national interests in insular oceanic territories, such as Easter Island and Juan Fernández Archipelago. 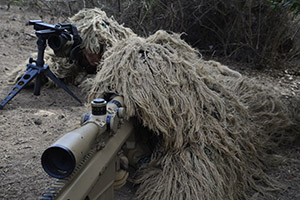 This is a force formed by elite combatants that includes Tactical Divers and Marine Corps. They receive high-level training which enables them to act in any terrain and condition accomplishing their support functions to other dependent forces of the Naval Operations Command.} 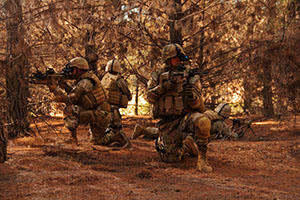 t is constituted by forces responsible for three main roles: projection of the naval power towards the territory, defense of the coast, and safety and order tasks at the Naval Zones. Its main units are formed by battalions, part of the Expeditionary Amphibious Brigade (BAE), and headquarters, which are located in Iquique and Punta Arenas. In its projection of the naval power role, the Marine Corps have to execute the amphibious operations, the purpose of which is to promote the actions of an expeditionary force in any terrain required. They can develop joint operations with the Army, and depend on the Amphibious and Naval Transportation Command for their transport along the coastline. 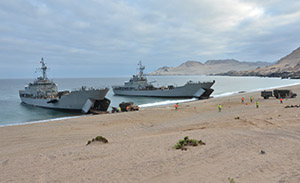 It consists of the strategic projection ship, LSDH "Sargento Aldea" and the barges "Chacabuco" and "Rancagua", whose home port is Talcahuano. These units enable the rapid deployment of the Marine Corps, the amphibious assault, the terrestrial transportation vehicles and the expeditionary military forces required by the State. Thus, the units of this operational force contribute to the efficient development of amphibious operations anywhere in the national territory.

In addition, they constitute the main link on the support of insular communities, whose connection with the rest of the country depends on the maritime communicational routes. 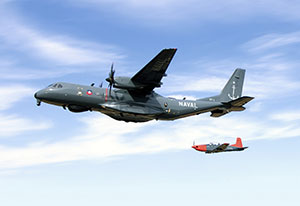 It is a force for operational support that has the control of aircrafts and helicopters of the Institution, along with the terrestrial infrastructure. Their base is placed in Concón, where there are aircraft squadrons that have roles for attacking, for maritime exploration, for training, and for general purposes. Naval Aviation units assist surface, submarine, and Marine Corps naval forces to contribute to the success of naval operations. It is formed by two units from Germany, U-209class, "Simpson" and "Thomson", along with two Scorpene Class submarines, "O'Higgins" and "Carrera". These two are latest generation and appear to be the most modern of their class around the world.